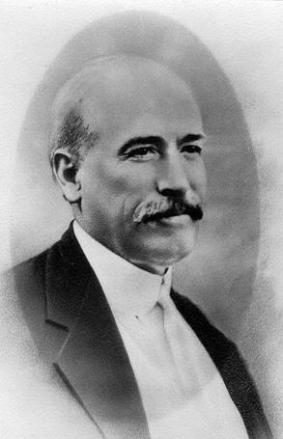 In 1990, I began attending an Assembly of God church in my hometown. I had moved back to Malvern, Arkansas–a place I swore I’d never live again–after a short-lived, disastrous marriage. I had abandoned home, car, job. I had nothing…except three children under the age of three. While I was living temporarily in my parents’ home, an aunt invited me to revival services at Malvern First Assembly. I’ve been there ever since. That church accepted me. They nurtured and discipled me. They reflected Christ’s love to me. And they introduced me to the power that was available through the infilling of the Holy Spirit. My children–two world missionaries and a Marine who serves in the local church–are a product of the love and legacy of that fellowship. And for that I will be eternally grateful.

The love we received and continue to receive in that brick building on an awkward triangle of property on South Main in Malvern is noteworthy. But the legacy of that “small beginnings” assembly is what I’ll be dealing with today. It was in researching the history of Malvern First Assembly of God that I decided to begin this blog. Word and Witness was the title of the magazine a founding father of our fellowship, E. N. Bell, published in Malvern back in the early 1900s. It was in his December 20, 1913 publication that what we know as “the call” for a meeting of Pentecostals to convene in Hot Springs in April of 1914 was issued. That convention was where the Assemblies of God was born. (Eventually, his magazine was merged with another to become the fellowship’s weekly publication, The Pentecostal Evangel.)

We just passed the 100th anniversary of that call to convene, and it didn’t get much press, not even on this blog. Granted, I’m not much of a flag-waver, but I know some things are worth standing up and saluting on a regular basis. The anniversary of “the call” is one of those things. And we have biblical precedent for such memorials: wells dug, altars built, annual feasts celebrated.

Recall how the Jews reacted to Xerxes’ decree that they could stand their ground against the Persians? They partied. Before they’d even fought–much less won–the first battle. And Jewish people still celebrate that event with the Feast of Purim. So should we celebrate our game-changing moments, and the call to convene for the founding of this assembly was a game-changer in the world-wide ministry of the Church.

Thus I dedicate this blog to E.N. Bell and to “the call.”

Eudorus N. Bell and his twin brother were born in 1866 in Florida. When he was only two, his father died. From then on his already-poor family lived in destitution. At an early age, Bell recognized he was destined for ministry. He later enrolled in Stetson Academy in Florida, and the affliction of poverty continued to plague him during his tenure there. In fact, Bell sometimes had nothing more to eat than stale bread dipped in water. He was 30 when he graduated from the Academy and enrolled in Stetson University. There he earned a BA before continuing his education for two more years at Southern Baptist Seminary. Bell went on to receive a Masters in Divinity at the University of Chicago.

Here it is worth noting that many of us would not have tolerated such difficulties–or endured so long–to realize our mission. In this, Bell set an anti-ease/anti-entitlement example for those of us prone to prayers of petulance.

While pursuing his education, Bell pastored Baptist congregations in the South for nearly two decades. Then he heard of the “Pentecostal experience.” He eventually took a leave from his church in Fort Worth and traveled to Chicago to seek this experience. It would be 11 months–another example of his remarkable tenacity–before Bell had what he described as an electrifying encounter with the Holy Spirit. He returned to his Texas congregation and, under the circumstances, felt obliged to offer them his resignation. They declined to accept. A year passed before Bell resigned there and accepted a pastorate in Malvern, Arkansas.

And the rest, as they say, is history.

Bell eventually issued “the call” in Word and Witness. Several months later, Pentecostals assembled in Hot Springs, Arkansas, to establish the tenets of the new fellowship. And that founding convention elected Bell to serve as the AG’s first chairman, a position now known as General Superintendent.

From its inception, the Assemblies of God has focused on fulfilling the Great Commission directives of evangelism and missions. And from those two goals it would seem we have not faltered. Most of those affiliated with the Assemblies of God live outside the United States. There are thousands of AG missionaries on the field. And every year we train and celebrate those who are sent into “Judea, Samaria, and the uttermost parts.” It’s impressive. But it isn’t enough.

It never has been. Here’s an excerpt of one of Bell’s exhortations to the Fellowship (The Pentecostal Evangel, November 27, 1920):

“….Brethren, no man can glorify God in this place while laboring in his own wisdom and his own strength. He must be swallowed up in God, lost in His will, and moved on by the anointing of the Holy Ghost….The field has never been more needy. The golden grain, all over this great land of ours and to the ends of the earth, is dead ripe for harvest, and no adequate forces in sight to reap it…. What are we going to do? Well, we are not going to spare ourselves….Let every pastor and evangelist be a man for God and do his best. Get one or two to help you and go in to plant the banner of our King high over every earthly banner…. God has brought you dear brethren to the Kingdom for just such a time as this….Lord, we are ashamed of ourselves. You have done so much for us, and we have done so little for Thee. How long have You been waiting on us, Lord, us men whom You baptized with the Holy Ghost?….”

How long have you been waiting on us, Lord?

I imagine somewhere there’s a stack of dusty crosses with our names on them. How long before we take them up?  It will be a travesty if what began as a call to action becomes a constitution to adopt, if what was founded as a fellowship morphs into a membership, if what started in “you shall receive power” ever settles into “you shall request privileges.”

I am no E.N. Bell, but I’d like to issue a call of my own here on the threshold of the 100th anniversary of our assembly. I’d like to call the betrothed to become the Bride. Leave off the gift registration, cancel the makeover, forget the decorations. Let him in and take the vow: for better or for worse, for richer or for poorer, in sickness and in health.

Hear him: If I am lifted up, I will draw all men unto me. Not if I am discussed, debated, washed and wrapped neatly in a dark part of your private “faith.” Not if I’m gilded, stained, or painted on the foyer wall. If I be brutally born. If I be publicly sacrificed. If I wreck your religion and cross the line of your dogmatic decency and pompous propriety–then and only then will the world be drawn unto me.

NOTE: If your church still provides copies of The Pentecostal Evangel, pick one up, read it, pass it along. These should NEVER be left in a foyer to be discarded. Unclaimed issues should be offered to local jails, shelters, hospitals. If your church doesn’t provide our publication, well, it should. Ask for it. Support it. Share it.

Inspiring, Encouraging, Healthy / Why waste the best stories of the World, pour a cup of your favorite beverage and let your worries drift away…

Daily Thoughts and Meditations as we journey together with our Lord.

Letters to my baby boy... and any other babes that join the party

A regular guy tryin' to figure it out

The Matt Walsh Blog
And The Canary Still Sings

“If we find ourselves with a desire that nothing in this world can satisfy, the most probable explanation is that we were made for another world.” ~C.S. LEWIS

Reaching people and equipping them holistically to impact their communities for sustainable generational change.

That's the word, and I'm a witness.